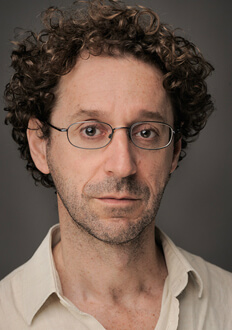 In the photographs I’m happiest with, there is a feeling in my stomach, a tension, right before I release the shutter. Suddenly, the components of the frame: the facial expression, body language, composition and light, combine together to form an image that demands to be captured. I know it that instant. The Israeli woman sitting next to an empty dining table, beneath a framed picture of her family killed in a suicide bombing, the American woman in white robes emerging from baptism in the Sea of Galilee, Shimon Peres staring into the distance, looking uncharacteristically vulnerable – I felt that tension when I took each of those shots, and many, many others. Being a photographer has its difficulties – complex logistics, sensitive egos and long hours, to name some. But I’ve loved taking pictures since childhood, so I never would have been happy continuing on as a lawyer, which is how I started back in England in the late 80’s. From the day I made the move to become a professional photographer, I’ve known that this is my work. Since arriving in Israel at the start of the 1991 Gulf War, living through periods of horror, hope, and frustration, I’ve realized that the best way I can visually express the experience of life here is through the individual. A few years after moving here, I began working with the major Israeli magazines and newspapers, specializing in editorial portraits, news features, lifestyle and design work. I’ve photographed hundreds of cover stories for the weekend magazines of Israel's largest-selling newspaper, Yedioth Ahronoth, alongside several other major Israeli publications such as The Jerusalem Post and the financial daily, Globes. Overseas, I’ve photographed for publications including The Wall Street Journal, The Sunday Times, FT Weekend, New Scientist, Forbes and Wallpaper. I am represented by Getty, on their global network. In the commercial arena, I shoot corporate portraits & reportage for a wide range of Israeli companies. My studio also shoots design and architectural work. Aside from assigned work, I am constantly pursuing personal projects, examining the complexities of life in Israel from an intimate point of view. My ongoing Street Studio project was exhibited in the Ramat Gan Museum of Israeli Art. I teach portrait photography at the Minshar School of Art and “Zilumbaam" in Tel Aviv and lecture on the subject of editorial portraiture. I live in Givatayim, next to Tel Aviv, with my wife Lilach, a handicrafts teacher. I have three daughters – Meitar and two absolutely non-identical twins, Evie and Miriam.